So, yet another FA marathon down, a style of race I am starting to really like, especially because they are free. This one was organized by a good ultra friend Kevin, who is the owner of JustFinish.com. This one started from his house and meandered up the side of Lake Saint Claire. Since we had 5+ starters and 3+ finishers, it was well advertised and open to anyone, it counts for the 50 states marathon club. If it counts for the 50 states club, it counts for me. I will not count it towards my lifetime win record, though. 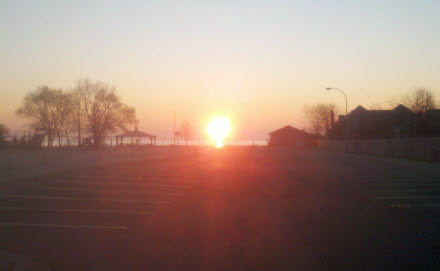 It was only 2 weeks after my Beast of Burden disaster, so I was still recovering and had no intention of running all that hard. In fact, I ran an even pace all day long, with my pace not dropping more than 8 sec/mile by the end. That is definitely a good thing.

The race started at 7, so had to leave my house at 4:30 am and got to Kevin’s about 6:30. I was the first person there and he wasn’t even quite ready for me. After a little while, friends Ryan, Mike and 2 guys I had never met before were there. We chatted for a little while, took a picture of the entire group of starters and headed outside to the official start line (Kevin’s driveway)

We started about 45 min before sunrise, so the day was just starting to break as we left Kevin’s house and headed east for a few blocks before turning north and ran along the the shores of Lake St. Claire. The weather was actually beautiful. It was pleasantly cold (very ‘crisp’ as we say here in the midwest) The course was a simple out and back with a turn around in a beautiful metro park on the lake. So beautiful, I actually stopped and took some pictures, which I rarely do. It seemed like a great day for a run, and I wanted to remember it. After the turn, I actually saw the other runners not too far behind me. 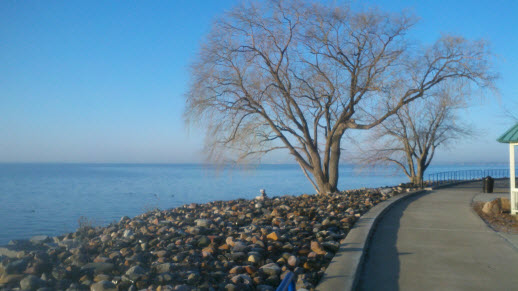 Since this was a completely self-supported FA race, I took my running backpack (which I almost never do) and drank 2 juice boxes and ate one small bag of fruit snacks during the run. That was the sum total of my ‘aid’, but seemed to be plenty. I am trying new things in training to work on my caloric intake which is never seemingly enough. I managed to get back in just under 3:30, which was my goal. I took a little time to walk and get the crap out of my legs before my 2 hours drive home. Overall, a great little run with friends and another MI marathon knocked off.
Posted by Doc Ott at 1:13 PM No comments: