3:49:29
70/427 Overall
6/32 Age
My 14th career marathon back in May 2008 was a fun experience. I was visiting friends in La Crescent, MN for the Memorial Day holiday weekend. I got little sleep that weekend, had to wake up at 4am race morning to get my packet, and then make the bus. WIth all that, I managed to win the race in under 2:55.
Flash forward to Memorial Day weekend 2012. I gave up speed a long time ago and settled more on ultra distances instead of marathons and I find myself back in La Cresent, MN. And once again, I decide to run the Med CIty marathon, but this time as a Badwater 135 training run. The weather forecast indicated the temperature would reach 90 degrees, so it was perfect for me wearing 3 layers of running clothes, hat, and gloves to mimic being -freaky- hot. Sadly, it was only 80 degrees when I crossed the finish line, but it was still a good training run. 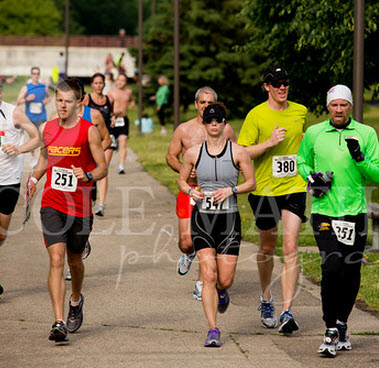 The morning was very pleasant and overcast, with temperature in the low 60’s at the start. Within moments of the start, the sky opened up and was blue. The first 8 miles are pretty much straight east and of course I left my sunglasses in my car which was annoying.
When you are running a marathon and you want it to be an ultra marathon-feeling training run, you have to be creative. I wanted to beat myself down as much as possible so I would have to ‘work’ to finish well. As such, I didn’t do anything resembling carbo-loading the days before (in fact, I ate less than normal) I slept little the few days before the race and I consumed not a single calorie of fuel during the nearly 4 hour run, with water and electrolytes being the only thing I put down. Since it was not that hot at the beginning, I decided to work the first half of the race to try really hard to bonk as fast as possible, hoping to make the last part hard for me without glycogen and adrenaline. That meant going out with the 3:25 pace team from the beginning and hanging with them to the halfway mark. While 7:55 is not a super fast pace for me, it was in 65 degree weather with my winter running gear on. 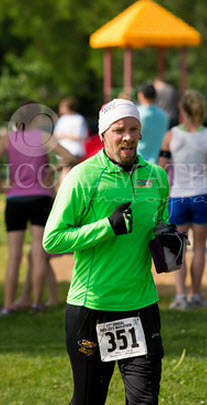 At mile 14, temperature was now over 70 and my energy was starting to drop. I was drinking electrolytes in my hand held water bottle (refilled twice during the race) and drinking 2 cups of water at every aid station. By mile 18 I had seriously bonked and was dead tired, feeling about the same as mile 70 in a Hundo, as my ‘r
When running in hot weather your brain can do wonky things and I knew that, so I was paying very close attention to my ‘brain’ including doing simple math (“what is 6 time 9” level of difficulty) as a test of mental awareness. At mile 23 or so, I decided the math was getting just a little difficult so I downed some additional electrolyte pills and within a mile, my head was noticeably better. This was very much a training run, and yes, that was one of the important things I was testing. I love it when a plan comes together, and everything did, except the weather which did eventually hit 90, but 1.5 hours after I crossed the finish line.unning’ responded accordingly, walking about 30% of the time. Again, this technically was a marathon, but for me it was a serious ultra training run.
The post race support was awesome including a great spread of food including pulled pork sandwiches and beer. A quick shower at the local Y and then I had a quick lunch with Sommer, a good running friend who recently moved to the Twin Cities who was down to do the 20 mile training run (one of the options at this race). One of the cool things about facebook is I now have running friends all over the country, and I don’t get to see any of them as often as I wish. So when I do get the chance, it is always enjoyable.

Big ticket ‘lessons’
- Tape toes (like old times) when it is going to be hot.
- Electrolyte tabs always on you, do basic math in your head to test its function. Also, take some at first sign of muscle tightness.
- If you are going to use marathons as ultra training, enter them carbo-depleted.
Posted by Doc Ott at 11:33 AM